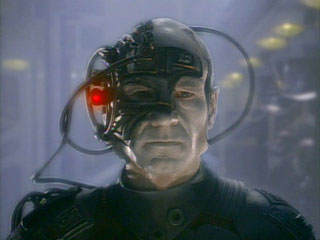 John Stossel of ABC's 20/20 had a yakanakisa show vhiki rapfuura, Scared Stiff: Kunetseka muAmerica. He provided solid data speaking to the media's impact in our lives and how it affects the public and its fear.

The problem he identified is that most of the things we worry about aren't really risks at all. One startling example is a comparison of having a loaded gun or a swimming pool… pools kill many more children than loaded guns. For some reason, we're not afraid of sending our kids off to a home with a pool… but we'd never send them to a home with a loaded gun.

This week, the fear hit home with me. I'll spare the gory details, but I joined a social networking site that had some fantastic tools for building your family relationships and having your ‘network' take off and grow on your own. The trick to the site was that you enter all of your family and their relations to you… the application does the rest… contacting each of them to login and continue building the family. It's an awesome application with all the right features… a viral component, a tool, a contact database, all in one spiffy little Web 2.0 package.

Here's the rub… you enter your family's information. I made the insanely dumb move of kicking the whole party off and putting my family's data in there. The application then contacted each member of my family. The young folks caught right on and started building their networks. It was a different story with the older folks. You would have thought I posted my family's passports and credit cards online for the taking! They were absolutely horrified that I would do such a thing. Horrified!

Identity theft, identity theft!!! My sanity, intelligence, and – most of all my trust – were immediately put into question. Flaming emails followed flaming emails… educating me on this incredible threat and how careless I was to put my family at risk. Though I wasn't concerned with Identity Theft, I quickly made tracks to the company to get the data in question… and any related data… taken down immediately. That didn't stop the scolding. I have to tell you… at 38 years old and having a decade behind me in the Industry, you would have thought I was the worst thing to happen to the net since SPAM.

I'll be in trouble for this post as well… it's not over anytime soon. If the case were adjudicated and ended in a public flogging, it still wouldn't save me. I think I'm off all the wills.

John Stossel ndizvozvo. Uku kutya-kubatikana nebhizinesi nevezvenhau kuri kunze kwekudzora. Chokwadi ndechekuti iyo bhizimisi of identity theft will exchange infinitely more money than actual identity theft. But it's got the attention of creditors, government, and media so it's going to be in the spotlight for a while. All of our data has been exposed in this zvakaipa Internet and we're soon all to be assimilated. There's no stopping it. We're done. The world is ending.

I could not find a single complaint in all of the data I reviewed where the victim's data was hacked electronically from a third party web site. Hapana kunyunyuta kumwe chete.

With that in mind, I would add that all, if not most, of those Internet Identity Fraud cases happened because of a phishing scheme… where a user logged into a fake site that was put there for the sole purpose of stealing your identity. They didn't come from legitimate sites where people's identities were stolen.

Kuregererei? Pane zvikonzero zvishoma, asi chakakosha ndechekuti yakanaka seInternet iri kuponesa data rako, it's also great at recording every single packet of information that runs through it. Have you ever noticed how quickly people get tracked down after a child pornography roundup? It's a lot easier for someone to steal some paperwork from your local financial institution than it ever would be to try to retrieve it from the web.

To conclude… stop worrying. To the security and media companies… stop all the fear mongering! Of course I'm not advising you to use your first name as a password and leave your credit card info in your profiles, but you also don't have to fear logging into a legitimate site and finding your bank accounts emptied the next day. It just doesn't happen that way. There's more important things to worry about (like having a healthy, trusting relationship with your family).